What is a Smart Home Protocol

These days, there’s a smart product to perform pretty much any household task. From temperature regulation to household security, a fully automated household is no longer a thing of the future. But before you get excited by all the cool tech that’s on the market, it’s worth understanding a thing or two about smart home protocols.

So, what is a smart home or home automation protocol? Put simply, a smart home protocol or platform is the language a smart home device uses to exchange information with another device. Essentially, a protocol allows a signal to be sent from one device to another in order to trigger an event, such as a door to be locked.

Choosing a single smart home protocol is the first step towards true home automation. It’s the thing that will allow you to have a truly connected home, rather than a series of individual smart devices that operated independently of one another.

Protocols can be wired or wireless and like any tech, each protocol has its limitations. In today’s blog post, we’ll look at some of the most popular protocols on the market today.

Ethernet was one of the first protocols available to power an automated home. This wired solution has a range of up to 100m and a low susceptibility to electromagnetic interference. As it is a wired protocol, we would recommend you seek the advice and assistance of a professional to help you install.

When most of us think of smart device connectivity, we think WiFi. This is probably due to the fact that WiFi was most likely the first protocol we used with a smart device such as wireless headphones or a wireless speaker. And while it is still a popular choice for devices that need to send a lot of data, such as video footage from a home CCTV system, it does have its drawbacks. The most obvious of these would be its limited communication range of around 25m. Not to mention, the inoperability of a WiFi protocol smart device should there be an outage or disturbance to your internet access.

Bluetooth is another protocol that most consumers will be aware of. Developed by Ericsson back in the 1990’s to power wireless headsets, the protocol is still widely used today across speakers, printers, video game controllers and more. The protocol has been a popular solution for smart security products such as deadbolts, padlocks and storage boxes. Like WiFi, however, Bluetooth has the drawback of a limited communication range of less than 25m.

Zigbee was first conceived in 1998 but went under further revision in 2006. Today, Zigbee is used in a wide range of smart home products and is best known for its low-latency and low power consumption. The wireless mesh network infrastructure of Zigbee means devices on this protocol can communicate over large distances by splitting the total journey into smaller chunks. Its low power consumption means it is often used in battery-operated devices.

Similar to Zigbee, Z-Wave is a wireless protocol that utilises a mesh network to communicate between devices. It too is widely used for home automation devices across areas such as lighting, security and temperature regulation. While there are some technical differences in terms of data throughput and energy requirements, the major difference that consumers will care about is the range of products that utilise the protocol. The Z-Wave is the clear leader in this respect, boasting over 50 million devices on their protocol to date.

So, that’s a quick overview of some of the most popular smart home protocols that are in use today. For those of you looking to upgrade to a smart lock without the wading through the jargon, check out our Smart Home Personal Shopper. All you have to do is tell us a bit about your home, we’ll do the research and recommend the right products for you – at the right price! 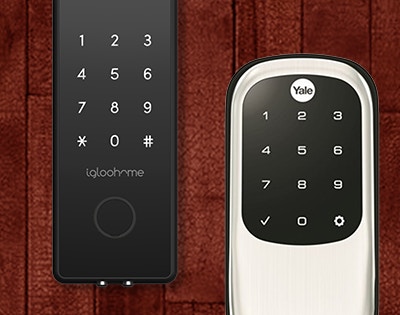 Securing your home with a smart lock

Here's a handy how to guide for deciding how to replace your good old fashioned key and lock to a smart lock ... 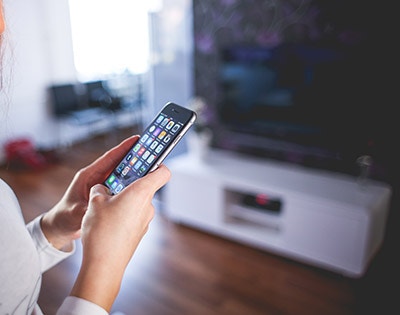 Discover what makes a 'Connected Home' from having a home with smart devices to help improve comfort, security, assistance and much more.... 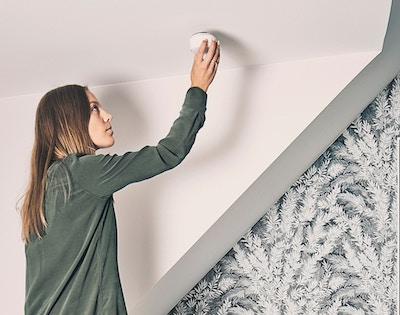 Get the ultimate in holiday home monitoring. Minut....